Mankind’s groan began the moment sin entered our world. And only the eradication of sin can ever relieve our pain.

All humanity utters a collective groan. Paul heard it two thousand years ago. “For we know that the whole creation groaneth and travaileth in pain together until now,” he wrote to the Romans. Albert Barnes commented on Paul’s words, “All is united in a condition of sorrow. The expression denotes mutual and universal grief. It is one wide and loud lamentation, in which a dying world unites.” We see this universal grief all around us. Although the human family has been divided by language, religion, or culture, we are inseparably bound together in this – our common suffering.

Throughout history, many have stood up and become the voice for the suffering masses. Art, books, and songs have all become means for the verbalization of the injustices, oppressions, and exploitations to which various peoples have been subjected. Picasso’s most famous work, Guernica, was painted as a political statement against the Nazi bombing during the Spanish Civil War. The author of To Kill a Mockingbird addressed racial injustice in her book. Johnny Cash donned black for the downtrodden and poor.

Today, activists abound. For every injustice, every oppression, or any perceived evil, there stands someone ready to decry and protest against it. The number of causes to fight for are almost as varied as the number of activists fighting for change – government corruption, war, gender inequality, climate change, racial injustice, prison injustice, gun-control, abortion, educational systems, health and food issues, LGBTQ rights … and the list goes on.

Whatever the cause, its advocates fight boldly, passionately. Each activist is a response to the universal groan heard around the world. They have heard the cries of the oppressed, the mistreated, the suffering. And each one battles for their cause, believing that they can ease the world’s pain by their courageous stand.

But all the while, the real cause of this world’s pain is forgotten – even denied.

There was a time when humanity knew no suffering. God Himself communed with mankind. The Lord of lords walked with man. All was peace; all was joy. But Adam and Eve disobeyed. Their rebellion to the One who is love and peace brought a bitter separation between humanity and our Creator. That separation marks the beginning of our pain. Mankind’s groan began the moment sin entered our world. And only the eradication of sin can relieve our pain.

It is devastating to see the very ones aiming to bring deliverance to the suffering being bound by the very cause of all our pain. Johnny Cash, while attempting to alleviate the sorrow of the downcast, perpetuated the heartache of mankind by his addictions and sins. The same is repeated the world over. While many fight passionately to relieve the sorrow all around us, they themselves are living in outright rebellion to their Creator. They do not realize that such rebellion is the cause of the world’s agonies in the first place. “While they promise them liberty, they themselves are the servants of corruption.” 2 Peter 2:19.

What we need is not more activism. We are not lacking in organizations fighting for a cause. This world desperately needs Jesus Christ. He is the only cure for our pain, our only hope, our only help. Through His death on the cross and His resurrection, He has offered mankind the power to conquer our worst enemy – sin. Through Him, we have power to live victorious, holy, and blameless lives. And every blood-washed one, who is conquering over sin, forcefully diminishes the vigour of humanity’s groan.

Long lasting and effective change will not come through more UN meetings, more campaigns, or more protests. Even if all the nations would unite in a joint fight to end world suffering, it would be unavailing if the root problem of sin be left unconquered.

Oh, for a global awakening of our desperate need of Christ! Oh, for more holy men and women who are not afraid to fight boldly against sin – all sin! Regardless of our culture, nation, or language, we are all joined by the pain that entered this world through sin. And thus, we are bound together by our universal need of the Saviour. He lovingly calls to all, “Come unto me, all ye that labour and are heavy laden, and I will give you rest.” Only when we heed His call will humanity’s groan be relieved. 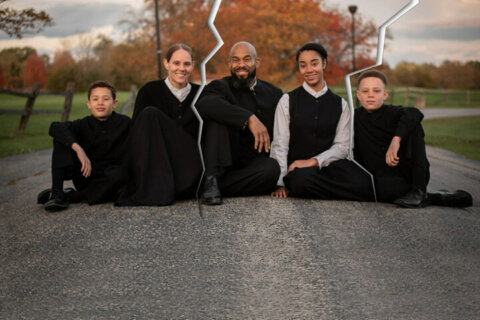